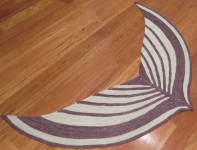 So a week of more rain! the spring came and the very rapidly disappeared behind a cloud again. The end of the week was punctuated with a meal with friends and then a significant birthday for another. To celebrate the occasion I knitted eagle twist for Jane, in madeline tosh pashmina, a wonderful squishy yarn that is soft , has a sheen and a great drape. 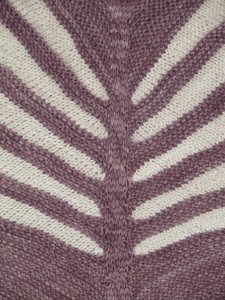 As well as finishing the scarf I have also completed the central panels of this quilt by Liza Lucy Prior from Kaffe Fassett’s ‘Quilting Grandeur‘. I have not worked a ‘value’ quilt before where the colours and tones are so close, it also has appliqué and paper piecing of the hexagons 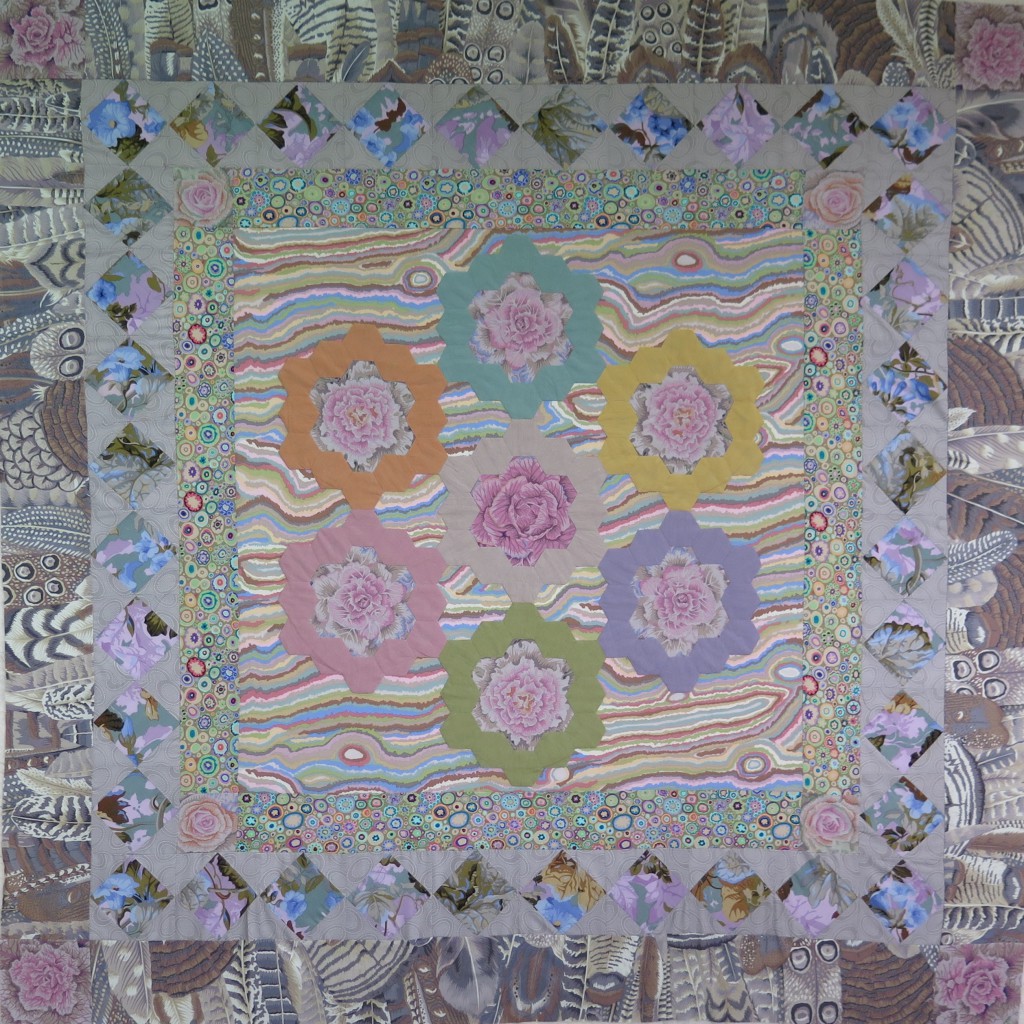 There are two more borders to go and it ends up about queen size or 2mx 2m (84″ square).

It was also time to start a new project – some knitting. I have fallen in love with Swan’s Island yarn, you can read about it here. It is so soft and has almost 25% greater yardage than other worsted yarns, I am using the indigo colour and it is naturally dyed so as you knit you have blue hands as the indigo rubs off. I have started a top down crew neck sweater form Ann Budd’s book,  ‘The Knitter’s Handy Book of Top-Down Sweaters: Basic Designs in Multiple Sizes and Gauges’ 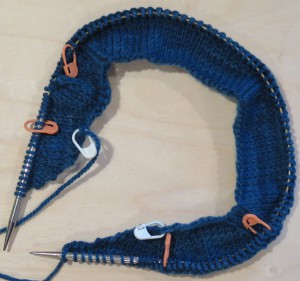 in reading ‘We Make the Road by Walking’, the focus was again on creation but this time on the trees, which reminded me of one of the early Nooma videos by RobBell , which talks of us being between two trees, and living in that paradigm,

I will leave you to think on that one… 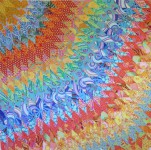 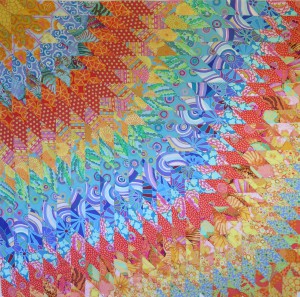 Yes it’s actually almost a year since I put up my first , and only post. Well good intentions at least but then a new job came along that is based in Melbourne so time shrank however it is time to start again.

Looking for a new book to read I tripped over the latest Brian McLaren book, “We Make the Road by Walking” and it seemed like a good idea…

You can click here or on the book  above to read more. It is designed to be read over 52 weeks and is divided into 4 sections that run along side the liturgical year and it starts at the beginning of September – perfect and a coincidence? There are weekly readings and then a It is also designed to be read and chewed over in a group setting, a faith community but it can be done alone but it would be great to have discussions with someone out there, and maybe a virtual faith community!

But heh, I’ll kick off. Appropriately it starts with the creation story (pertinent since a recent family debate centred on the evolution debate…)and being alive in that creation. What stuck a chord was the line, ‘So God created man in his own image, in the image of God he created him” (Genesis 1:27). This strikes a deep chord, I realised an age ago that I was created in the image of a creator and as such I created to create and if I am not then I am restless, a deep restlessness that is actually difficult to put into words, and so I create. My song. That which makes me come alive.

And so as I walkthrough this year and wander through the book I will endeavour to blog the journey and share the creative journey.

So this year has seen things made and i will post some of them here. One creative highlight was a workshop the Kathy at Material Obsession held and hosted Kaffe Fassett and Brandon Mably. It was a great day and I learnt  a lot. We started on Kaffe’s big bang quilt. in our own colour ways. I started thinking yellow but then it emerged into yellows, blues and greens. I love it, but I’m biased! 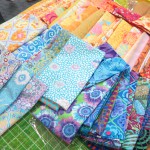 some of the fabric 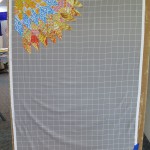 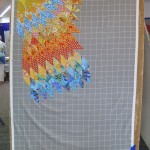 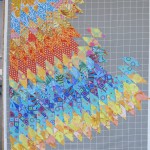 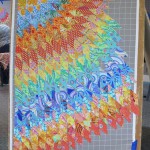 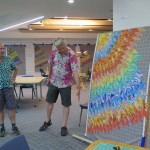 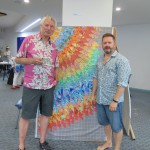 had to get one of Kaffe 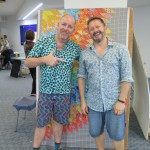 and one of Brandon 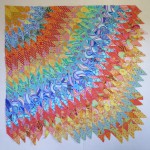 all the diamonds are cut, just need to piece them… 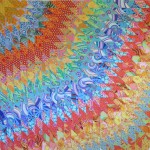 So it was a good day and the cutting and sewing  fit in with other projects including the knitting.

And one last creation – stars flung into space. 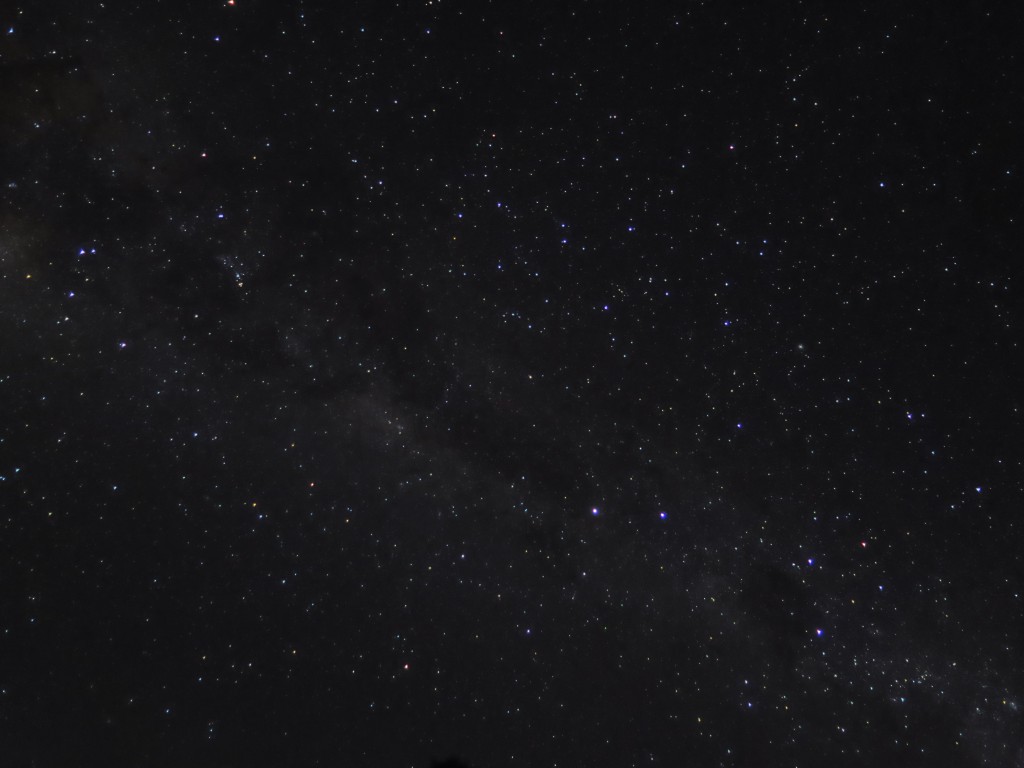 the milky way over Samoa taken on my canon G16